What Antenna Do I Need For Digital TV Australia 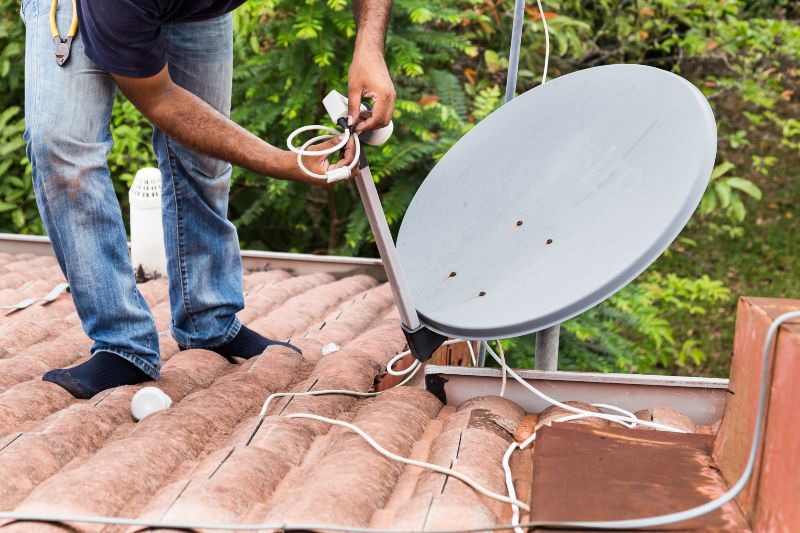 The switch also opened access to more homes than ever before, allowing everyone in Australia to enjoy the same television services as those in major cities.

With the change, one major problem arose: does a new antenna need to be purchased in order to receive digital TV signals?

Do I need a new antenna to receive digital TV? 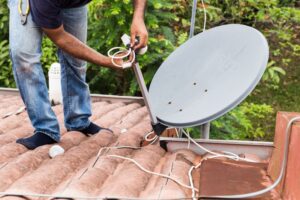 No matter if you were watching TV through an analogue signal like over-the-air (OTA) transmissions or via cable, satellite or other pay television services; your old antenna can still continue to be used for receiving free-to-air channels after June 2013.

That being said there are a lot of factors to consider when trying to get the best reception. We provide digital TV antenna installation and repair in the Adelaide region at Antennas Near Me. Our highly experienced technicians will assist you to make an informed decision on a variety of factors, including:

Is my current antenna still working? Is it good enough for Digital TV?

The standard for DVB-T/DVB-T2 television transmissions is different from those used by analogue signals. The change allows high definition and interactive services as well as more channels over greater distances than ever before. In other words, as long as your antenna is capable of receiving the older analogue signals then it’ll be just fine for receiving digital TV too.

Different types of antennas are available when trying to boost a current signal, but there’s no need to purchase a new one unless you’re dissatisfied with a previous reception result. It’s important that certain areas of Australia continue to receive free-to-air broadcasts after the switchover has been completed.

There is no need to call a service like a TV appliance repair technician in Adelaide. You can check a few things first before calling a professional.

Checking your signal strength and positioning an antenna appropriately can still make a difference in order to receive quality channels from all networks. In fact, more people than ever before are using existing antennas to tune into their favourite channels now more than ever before since switching over from analogue broadcasting.

Old coaxial cables can work for digital TV too

Using existing cables to connect an antenna is another simple way of ensuring you can still view Australian channels after the switchover has been completed. Others have also reported that their old coaxial cables can work just fine with receiving digital TV signals.

Even if your cable was only capable of transmitting analogue signals before, it could still provide a successful outcome in terms of reception for DVB-T/DVB-T2 television broadcasts. As long as you’re using good quality parts to begin with then there’s no need to worry about installation either, everything will fall into place in due time.

Do I need to update my television to receive digital?

In past years, it’s been reported that around 30 or 40 percent of Australians have updated their televisions in order to receive digital channels after the switchover was completed. However it’s possible that your TV could still work just fine with receiving channels – all you need to do is check.

There are many television models available which will work perfectly well with either analogue or digital broadcasts. In fact, most modern LED TVs should be fully prepared for the transition already as long as they’re compatible with Australia’s Freeview|HD system.

Whether you’re buying a new TV or just looking for advice about your existing one, it’s important that you contact your service provider in order to find out whether it’ll work with digital broadcasts after the switch has been made. You can also check whether your current aerial setup will still receive channels on the official Freeview website .

I have a digital TV antenna, but my reception is poor. What’s the issue?

There’s a lot that happens in-between the moment your antenna picks up the signal and when you view the picture on your TV. The signal must travel from the antenna through a network of wires and components before being broadcast to your TV, which work together to produce the picture and sound you see on it.

If the image or sound quality you are receiving is poor, you should: 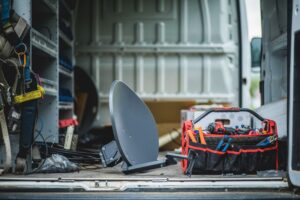 If there are no obvious problems with your antenna or the connections to the TV, then the problem might be caused by one of the other components that would need a professional repair.