How To Stop Buffering When Using Streaming Services In Adelaide

How to Stop Buffering When Using Streaming Services in Adelaide

Australians consume digital content in diverse ways, but few of those can rival video streaming in popularity. This has been fuelled in part by a spike in the number of Free-to-Air and paid strea 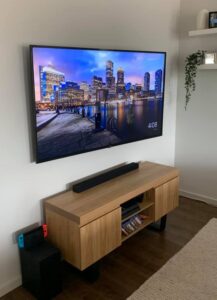 Streaming your favorite TV shows, videos, and movies is fun and easy. However, it has its challenges. If you’re using a TV to stream content over the Internet, it must have a stable, strong, and consistent link to the Internet. This presents a common problem: buffering.

What does buffering mean?

Buffering is a process that involves pre-downloading critical bits of data before video playback via streaming. It happens when streaming video playback pauses intermittently as the required fragments of data are downloaded. TV buffering in Adelaide and other highly populated cities in Australia and beyond is a common occurrence.

Read on to understand why buffering happens and how to stop it so you can enjoy smooth playback of your favorite videos via streaming services.

Why does buffering happen and how can you solve the glitch?

Watching a buffering video is annoying and takes longer than the actual time of the video. We’ve compiled a list of common causes of buffering and how you can fix them to enjoy a flawless video streaming experience.

Sometimes your internet service provider could be the reason your videos are buffering when streaming online. This can happen through any of these ways:

During peak times, the number of internet users streaming content is gigantic. It’s even higher in populous cities like Adelaide. This internet overload causes TV buffering in Adelaide and 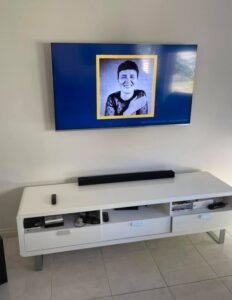 other major towns as everyone tries to stream their favorite shows.

Run an internet speed test at various times through the day and then compare with the internet speed at peak periods. Most peak times occur between 6pm and midnight. To stop buffering when streaming during peak times, you can:

If other devices such as computers, smartphones, tablets, and TVs are connected to your network, they use up substantial bandwidth during peak periods, thereby slowing your internet speed and causing buffering. Disconnect and power down all devices you aren’t using to optimize internet speeds during peak times.

Buffering caused by your wireless network

Most times, buffering is caused by issues with our wireless Internet connections. Some of these issues include:

Some household appliances such as microwaves, baby monitors, and CCTV setups interfere with wireless internet connections between routers and streaming gadgets. Connecting your smart TV directly to your network router via Ethernet cable minimizes interference and prevents buffering.

Switching from 2.4GHz frequency wireless network to 5GHz makes the connection less susceptible to interference and prevents buffering when streaming. You can also use access points to boost the connection speed and strength.

Your TV can receive a weak signal for various reasons. For instance, it may be located far or in a different room from your wireless internet router. A network signal also fades in strength and speed when it goes through brick and concrete walls among other barriers. Poor signal strength slows down internet speeds, causes buffering when streaming, and gives poor quality playback.

To boost the strength and speed of your internet connection and prevent buffering, you can: 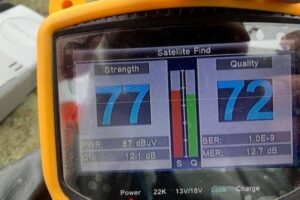 If the distance between your internet router and your streaming device causes buffering and lowers the quality of video playback, it may be time to change the placement of your router. Remember to place the router centrally to your working devices to avoid creating dead spots. Consequently, you’ll stop buffering when streaming content from the internet.

Both wired and wireless access points optimize the strength, speed, and distribution of your network load. Besides stopping buffering, they’re super ideal for use in houses where the router’s location is permanently fixed.

Most streaming services host servers in different parts of the world. When you connect to these services, you may experience buffering because the server you’re using could already be strained. Using a VPN can give you a more reliable connection via an alternative route or server. However, many other factors are at play, so you may need to disable the VPN if its connection is slower.

Connecting too many devices to the same network via the same router eats up bandwidth fast and slows down the speed of internet connectivity. This is common in families where different people want to carry out varying tasks via the same network using different devices. As a result, your video stream suffers frequent buffering and you end up with low quality playback.

You can prevent overcrowding your network by:

Hardwiring your TV to the router via an Ethernet cable allows you to access the full resources of the network and minimize signal interference. In turn, this enhances internet speed, strength, and performance, and prevents buffering. It also increases the quality of your video stream.

Buffering can frustrate you when trying to stream an exciting TV show or movie. But it doesn’t have to. Armed with the tips outlined in this post, you’ll be able to enhance your internet speed and strength, stop buffering, and enjoy flawless streaming on your TV.